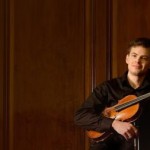 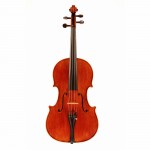 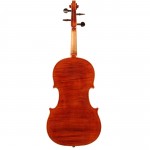 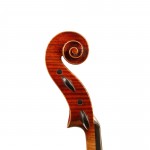 Martin Saving plays a Yann Besson viola made in 2007.

Martin Saving was born in 1975 to mixed Estonian/Swedish parentage. He initiated his studies in 1994 at the Edsberg Institute of Music, where he studied viola with Björn Sjögren. He made his solo debut in 1999 by performing theWalton viola concerto with the Swedish Radio Symphony Orchestra and giving a solo recital at the Concert Hall of Stockholm. Martin continued his studies as scholar at the Royal College of MusicLondon, with Simon Rowland-Jones.

Martin Saving has performed with artists such as:

He opened the 2000 International Viola Congress with a solo recital, and he has toured Europe and Asia, including venues in Berlin, Seoul and Manila as leader of the viola section of the World Youth Symphony Orchestra. As a member of the RCM Chamber Ensemble he made several radio recordings and toured Germany. He has also played in Festivals in Sweden, Finland and Great Britain. Martin has performed on radio and TV in Sweden and Britain.

He has received a number of scholarships and awards including :

Martin is passionate about baroque music, and studied baroque viola with Jan Schlapp.

He is a member of the Elias String Quatuor and Ensemble 360.

The Elias String Quartet acted as Junior Fellows and then “Associated Quartet” at the RNCM. They also spent a year at the Hochschule in Cologne with the Alban Berg quartet.

They have performed extensively in the UK, and in France, Germany, Sweden, Austria, Italy, and the USA, in venues such as the Wigmore Hall, Purcell Room, Snape Maltings Concert Hall, Bridgewater Hall, Fairfield Halls, Stockholm Concert Hall, the Auditorium du Louvre, and Jordan Hall.

They are currently Ensemble in residence at Kettle’s Yard in Cambridge and have broadcasted live on National Radio in the UK, France and Sweden. They have performed with artists such as Andrew Marriner, Ralph Kirshbaum, Joan Rogers, Mark Padmore, Roger Vignoles, Michel Dalberto, Peter Cropper, Bernard Gregor-Smith, Robin Ireland, and with the Endellion and Vertavo quartets.

They have been resident string quartet at the Britten Pears three times where they worked closely with Hugh Maguire, and were subsequently invited to the International Academy of String Quartets.

In Febuary 2006 they held a week-long residency at the New England Conservatory in Boston.

The Quartet has released a disc of Mendelssohn Quartets with Sanctary Classics, a disc of French harp music with harpist Sandrine Chatron for the French label Ambroisie, and will soon release Goehr’s Piano Quintet for Meridian Records.

In 2005 the Elias were appointed resident String Quartet at Sheffield’s Music in the Round as part of the Ensemble 360. The ensemble brings together 11 musicians from across the globe; five wind players, a pianist, a double bassist and the Elias. Their home is at the Crucible Theatre in Sheffield, but they also tour nationally and are now also resident at Sheffield and York Universities. They have a series at the Wigmore Hall, London. Ensemble 360 has released a disc of Mozart’s ans Spohr’s chamber music with Sanctuary Classics. 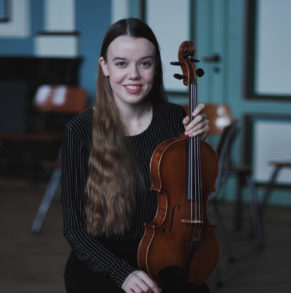 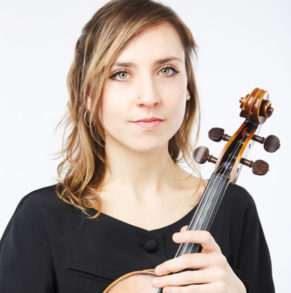