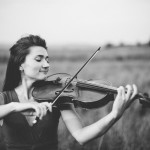 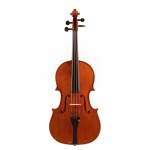 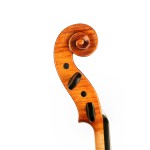 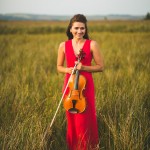 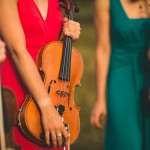 Rhiannon, originally from Cumbria, began learning the viola aged 14. She went on to study at the Royal Northern College of Music and in July 2014 she completed the RNCM’s International Artist Diploma in Chamber Music, the RNCM’s highest performance award.

As a chamber musician Rhiannon has played in venues such as Wigmore Hall, St John’s Smith Square, St Martin in the Fields and Rachmaninov Hall in Moscow Conservatory. She has also been broadcast numerous times on BBC Radio 3 including a live broadcast and has featured on national Russian television. She also plays regularly with the Manchester Camerata orchestra, enjoying opening up the main stage of Glastonbury Festival with Hacienda Classical in 2017.

Rhiannon now plays in and is Orchestral Manager for Kaleidoscope Orchestra, a 21st Century orchestra who’s aim is to mix up genres of music and challenge perceptions about classical music and classical musicians. Kaleidoscope have gained a huge following on social media and have performed at several festivals including Creamfields Festival, UK and Impaqt Festival, Germany. She is also a member of Leos Strings who have recently completed several tours, including a month in Germany, with Simon & Garfunkel by Bookends.

Rhiannon plays on a (much loved) Yann Besson viola from 2011 and a William Retford Hill bow. 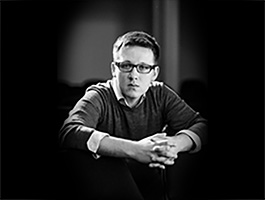